Something scary happened on Wednesday. I went to the bathroom, which I do every 10 minutes it seems, only this time there was blood. I was at work so I tried to stay calm but everything in my brain was screaming “OH MY GOD, NO!” I called Naaman who told me to call the doctor. The doctor was very nice and squeezed me in for an emergency ultrasound that same hour. Naaman rushed to get me from work and we headed in. I was so worried and nervous.

The ultrasound tech was the same one we had the first time. The second she put the device on my tummy we saw our baby’s head. Then the body and cute little tummy, then the amazing spine! Everything seemed to be fine with the baby as it moved a mile a minute doing summersaults and twists and turns. The baby even sucked their thumb! It was amazing. She wouldn’t check for the gender, even though I know you can sometimes tell this early. But I wasn’t that bummed about it because I just wanted our baby to be okay.

I have what is called placenta previa. It is where the placenta is very low-lying and is rubbing up against the cervix causing me to bleed. They put me on pelvic rest and want to see me for another ultrasound in 4 weeks. I asked if we could just combine the big ultrasound with the check-up ultrasound since I’ll be so close to 20 weeks and she said that was fine. So the big date is set for Thursday, March 20th! Less than a month so hip hip hooray! I can barely contain my excitement.

Apparently, a previa usually remedies itself by the 3rd trimester. Only 10% of women with placenta previa have it stay in the wrong position later on in pregnancy. I’m hoping that everything will be fine.

To celebrate the fact that our baby is healthy and happy swimming around inside me, we made our first big baby purchase. A plush, upholstered rocker. We haven’t ordered the slipcover because we don’t know what color to buy yet. But I’m very excited to hold our baby in my arms and rock them to sleep at night in this wonderful chair! 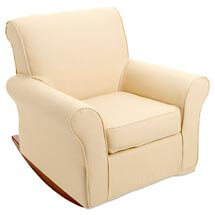 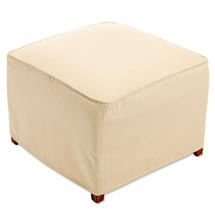