I’m done having babies. At least for now I am. I had an IUD placed a couple weeks ago.

Truthfully, I don’t know how I feel about it.

Naaman and I have talked a lot about having a third child. Correction: I have talked a lot about it to him. I am confused at the feeling of wanting another child. No really, it leaves me quite baffled. I never thought I would want one child let alone three! But here I am with two beautiful sons feeling like someone is missing from the room. It is so strange. I want to take it as a sign.

But everywhere I look I see sets of three boys. Down the street live three little boys all a few inches taller than the next. It makes me smile and I’m suddenly longing. For what I don’t know. In the church pews ahead of me, three boys, one a newborn not more than a month old. A family of five. Heaven help me.

It wasn’t our plan to have a second child so soon. I was on birth control pills and still conceived (hence the IUD, people). I wanted to start trying for baby #2 in January of 2011.

But we veered off course and in May 2010 God’s plan showed up. A very cute plan. 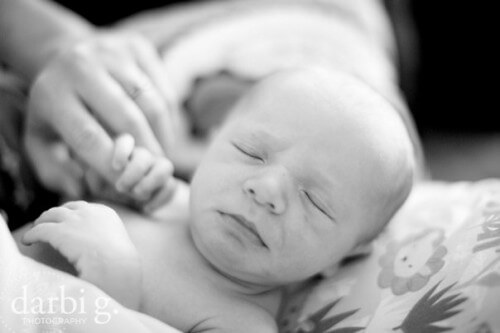 I had accepted that Brigham would be my last child. We spent a good amount of money on maternity photos because I wanted to remember my pregnant belly. I truly thought I would feel done. But it was shortly after birth I started feeling this way. Maybe I could get over this. Maybe I just need a little more time to mourn the childbearing stage of my life.

People might say – oh, it’s because you want to try for a girl, right?

On the contrary. In my dreams and hopes and fears (yep, sometimes fears) I see three boys. Again, heaven help me.

It’s just a feeling. Three boys. There are four chambers to my heart. One for Naaman. One for Landon. One for Brigham. But there’s still an empty one. Question is, who or what will fill it? Maybe the fourth chamber is reserved for me.

People might worry that I can’t handle it. But I’m here to tell you that I most certainly can. I dealt with an entire year of no sleep while working full-time (no really, God’s plan wouldn’t sleep). Yes, my brain is now nowhere to be found. But I am repairing it.

I am well aware of all the stress that would come from adding a third child. But oh, the anticipation. The falling in love with your baby before you’ve even met them. And then the birth day. The overtaking amazement of new life in your arms. That love never lets go. It wraps around you like a never-ending hug.

We’re trying to decide what’s best for our family. We’re going to be smart about this. Think things over. Make sure. But I know now is not the time to decide. That’s the point of the IUD. I figure we’ll wait at least a year before we lay it on the table as an option. I have to be well and stay well. My mood must be stable to even think about harboring a life inside this body.

At least we’ve bought some time. It’s actually been a relief. No more over-thinking it for now. Time off from this question of two or three? And maybe when I stop over thinking it the answer will become clear.