I love my parents but man, do they need to upgrade their cell phones. They’ve been talking about it for over a year now. Right now they have very basic phones through their service provider. I’m not even sure they can take pictures with them, which is sad since they have five grandchildren (soon to be six!).  And they are old phone versions too that don’t work very well. So when I signed up for the Walmart Family Mobile campaign I knew exactly who would be getting a new smart phone for Christmas!

I’m going to start this little experiment by first giving a phone to my dad. Both of my parents are in their late sixties and they are not the most efficient at technology (sorry, mom and dad, but it’s true). I was pretty darn proud when my mom signed up for Facebook though. Hey, it’s a start! But now I want them to be able to access the internet with ease through their phones! And I want them to be able to save some money too. I feel like they are being overcharged for their current service. I want to provide them with an unlimited plan with talk, text and data but with no contract to lock them in.

For this shopping trip I knew I would be venturing into Walmart during prime shopping season right before Thanksgiving. Just the thought was making me panic and sweat a little bit. I loathe crowded stores and try to avoid them at all costs! I decided to be smart and go early on a Monday morning at 8:00 a.m. I made my way to the back of the store where the wireless section is located. I had never been to this section of Walmart. When I got there I found it to be bright and cheery. And then I realized there was no one there except me. I looked around and found this sign. 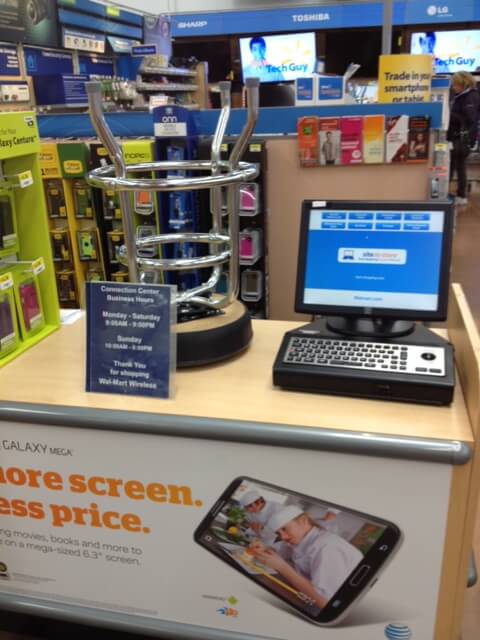 I suddenly realized I was an hour too early. Womp, womp. I was in a hurry to get to work and I was a little upset thinking about leaving without my product and having to come back at a much busier time. But then a Walmart employee approached the desk. I politely asked if she would be able to help me even though I was an hour too early. I expected a negative response but much to my surprise she told me she would ring me up anyway! I told her exactly what I needed. The Concord smartphone and $25 starter kit. It was fun looking at all the different phones and cheap wireless plan choices. I know how much my parents pay and I realized how much money they would be saving if I purchased this phone and plan for them. 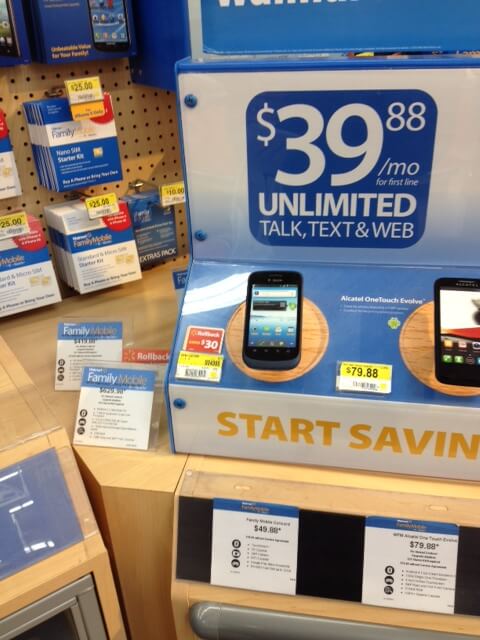 As the nice employee was making some notes for me on how to connect the service to the phone, I was browsing around looking at the wireless section of the store. I was impressed by how well-lit, organized and clean it was. Now, I’m sure it won’t be like that in a few days what with Black Friday coming and all. But I enjoyed the quiet, organized store while I could. 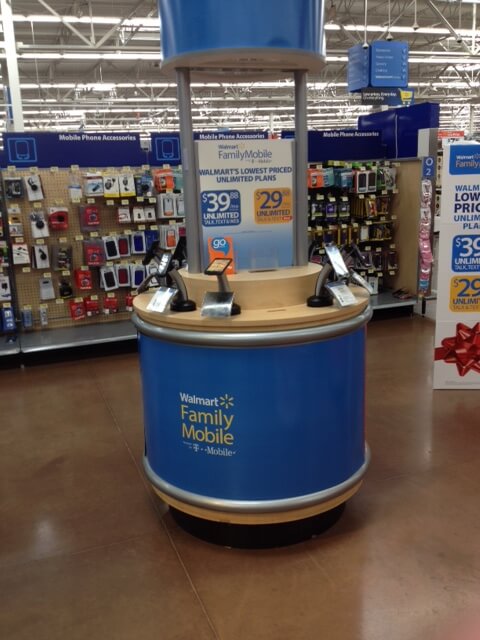 Now I am so excited to give my dad his new smartphone for Christmas! And if it works out I plan to buy a matching phone for my mom! They can manage their account easily online and I know they will be so happy to receive this as a gift. Heck, I think I might be happier to give them an upgrade and save them money! ‘Tis the season for giving! 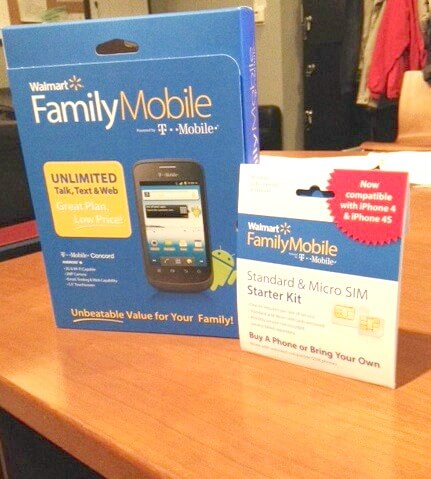