As I mentioned in my post on running last week – I used the 5K Runner app, a version of Couch to 5K, to whip myself back into shape after years of not doing much physical exercise due to pain from a car accident. It’s safe to say that this little phone app has changed my life.

You can go from not being able to run AT ALL to being ready to run a 5K in as little as eight weeks. I took 13 weeks but whatever. I finished the training and that’s what matters!

Just as I predicted, halfway through the training I started to lose steam. I decided to force myself to finish by registering for a run that fell right at the tail end of when I thought I might be finishing up my training. I gave myself some leeway because, in all honesty, I didn’t truly believe I would finish. I hate to be hard on myself but let’s just call a spade a spade – I hate exercise. And I *thought* I hated running.

Now? I freaking love it. Loveeeeee it. It is calming, frustrating, challenging, amazing. Everything my husband told me about running turned out to be true. You will hate it when you start but pretty soon your body will begin to crave it. I didn’t believe him but he was absolutely right (says the guy who randomly goes for ten-mile runs). Now if I go a couple of days without running I am antsy to get back out there. To hear the sound of my feet hitting the pavement. He also told me about runner’s high. And oh yes, that really exists. When I’m done with a run I feel like I’m on top of the world!

At some point I became a runner. I always said I would NEVER be a runner. But #sorrynotsorry – I’m totally a runner!

On the morning of my run I was a bundle of nerves. I had never been a part of something like this. I believe there were about 1,000 people there. When we arrived I instantly regretted my decision. There were so many differences to how I had learned to run. First, I usually ran at night after work. Second, I had only ever run in our little neighborhood. It has no inclines and no one else was running beside me!

Not to mention there were definitely some diehards there. But my only goal was to finish the 5K without stopping to walk. I didn’t care about my time. I didn’t care how long it took me to cross the finish line. As long as I didn’t stop I would be happy!

It was difficult. There were hills and potholes and people whizzing past me. All things I’m not used to. There were many times I wanted to stop and walk. BUT I DIDN’T.

And before I knew it I was at the finish line – reaching my goal. I’ll tell ya, after 13 weeks of pushing myself – through shoulder and neck pain, through knee pain, through my negative thoughts – it felt really, REALLY good. 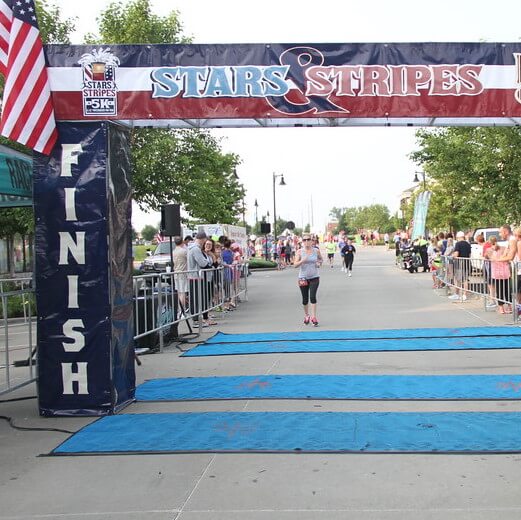 I would be remiss if I didn’t give Naaman credit here. There were so many times I would tell him I wasn’t going to run. And he would say, “Yes, you are. Go run.” I would make up every excuse but my favorite is, “I don’t want to leave you with the kids.” And he would say, “It’s okay. I got this. Go run.” He believed in me even when I didn’t believe in myself. Yes, I’m the one who ran, but he was the one at the finish line cheering me on. 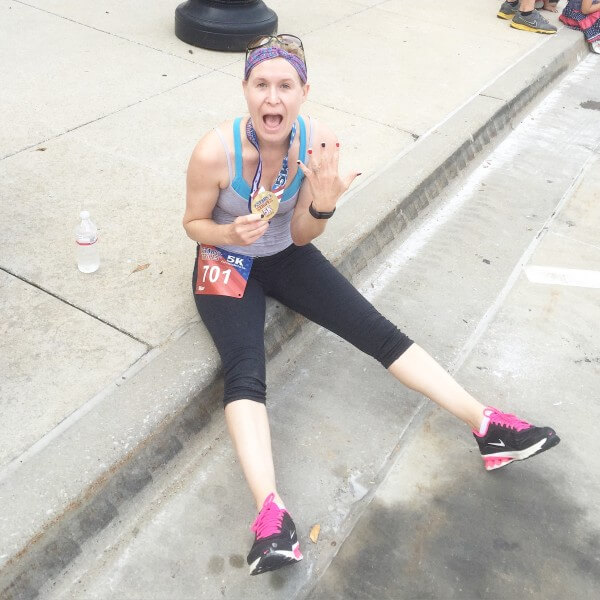 My first 5K is in the books and I am so proud of myself. I’ve gone from someone who couldn’t walk up the stairs without pain to someone who can run for 40 minutes without stopping.

Not too shabby. I would give myself a high-five if I could. 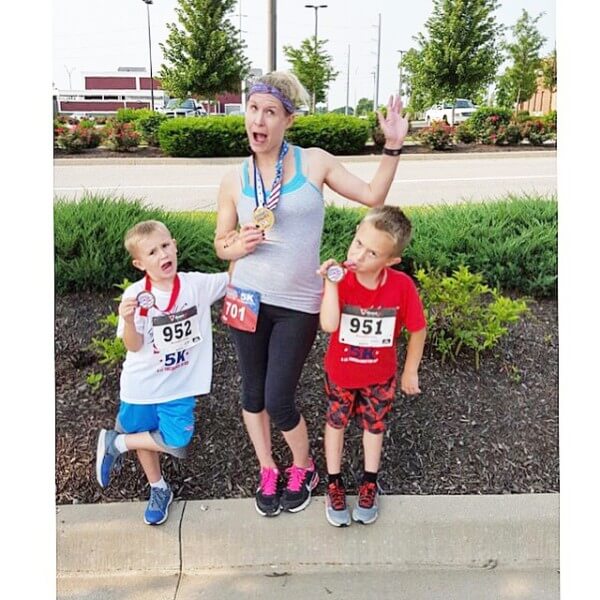 I’m also proud of my boys who ran the Little Firecracker run after I was done. They ran fast and hard and afterward said they want to run a race beside me someday. I’m totally cool with that. We can be a running family.